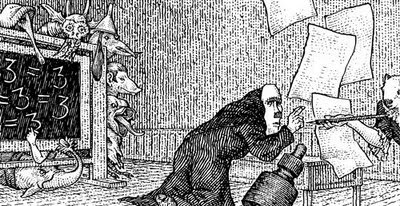 So, that’s all settled, is it? I’ll go and have a nice lie-down while you slip into your new Snark-baiting role. Just study the above drawing very carefully and do whatever Mister Bosch says. He does have an active imagination and if anyone asks you why this is so, hint vaguely that it’s just that Hieronymo's mad againe.
Posted by Mahendra Singh at 6:30 AM