A snark in the dollhouse … 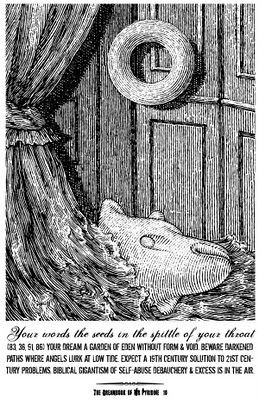 The above page from the Dream Book of Mister Pyridine perfectly illustrates the fallacy of assuming that there nothing going on here, nothing at all, Officer …

The semi-bifurcated, oblate vivoid shown here, which the alert reader will remember as having first appeared disporting itself in the Bellman's Speech of Fit the Second, is itself a degenerated, inky memoroid distilled from certain examples (NSFW) of Hans Bellmer's infamous Poupées.

Dolls are homunculi of a passive sort (steady on there, Mr. Bellmer) and might be best described as the first attempts of children to create their own personal slavish Golems over which they might then exercise their burgeoning penchant for tyranny and absolute despotism. Any parent whose child has a penchant for doll-decapitation and delimbing will instantly know what I mean.

There is a deep teutonic juju at work in dolls, the same sort of thing-um-jig which spurs on certain poets to create vastly complex symbolic mindscapes upon which they can then, at their passive-aggressive leisure, wreak their aesthetically pleasing vengeance. Lewis Carroll's Hunting of the Snark springs to mind as a sterling example of all of the above, with the one caveat that the violence seems to have been directed more at himself than others.

All of which goes to show that you just can't trust anyone these days, eh? Gosh darn these modern times in which we live, where everything has to mean something else even more complicated. Why can't we all just get along with ourselves, huh, Mister Carroll?
Posted by Mahendra Singh at 7:13 AM 2 comments: 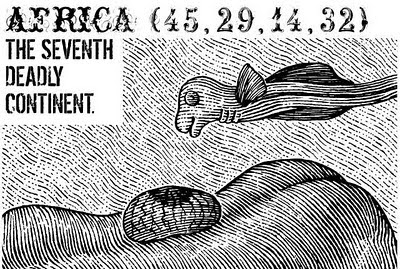 Last night I dreamt of Africa, my natal land … upon awaking, I hastily referred to my dog-eared copy of The Dreambook of Mister Pyridine. As that infamous tome's epigraph proclaims — good luck, for there is no other!

Hmmm … deadly continents loom ahead … strong stuff indeed for the haruspices amongst us! Speaking of which, no doubt those of you blessed with second sight have been poking around your breakfast livers and come to the conclusion that any further mention of Lewis Carroll's Hunting of the Snark has become rather scarce on this blog.

Nothing could be further from the postmodern, globalized, deconstructed truth! All this talk of dreams is merely an extended riff upon the dominant theme of Fit the Sixth, the Barrister's Dream. The Barrister dreams of Snark, the Poet dreams of Parnassus, the Reader dreams of the Library of Babel and the Artist dreams of his own private Africa where well-inked beasts roam densely crosshatched jungles, themselves dreaming of Eden before the Fall.
Posted by Mahendra Singh at 8:02 AM 2 comments:

After last week's completely unprovoked and shameless casting of aspersions upon the English, for which the management apologizes (a freak neurological short-circuit in a rogue flying-monkey-ninja-research-department-intern), we turn instead to casting aspersions at someone who is far better equipped to both take 'em and dish 'em out in return … yes, you know whom I mean …

Still trapped as we are in the stasis field of page 42+1 of Lewis Carroll's Hunting of the Snark, and to be more precise, in the Barrister's Dream of Fit the Sixth, it is only fitting that we also stop and take measure of the author of our entropic dilemma, Mister Carroll himself.

Were you aware that Lewis Carroll was a genuinely talented photographer and a pioneer in the subtle and difficult genre of child portraiture? If you don't believe me, I urge you to explore some of the links on the right, under the General Carrolliana heading.

If you do believe me, then you will also believe me when I inform you that according to The Dream Book of Mister Pyridine, those who dream of photography are dreaming of the one who is dreaming them (if one partakes of the Hindu view of things) and hence they are double illusions, similar in metaphysical nature to a photograph itself, which is itself the positive illusion of the negative illusion of the world-maya illusion itself.

Ordinarily, such I reserve such zenlike insights for the other listless habitues of the various saloons and vans-down-by-the-river which I am wont to frequent in my leisure hours but since this is the holiday season and all that, I thought it best to share and enjoy!
____________

NB. Hans Rickheit has commenced a 600-pg. (yow!) magnum opus, Ectopiary … he is posting pages as he goes and I recommend them to you. His Squirrel Machine, for me at least, was the best and most original thing in American comix in a long while. Ectopiary should be well worth visiting for a long time to come!
Posted by Mahendra Singh at 9:04 AM 3 comments:

The attentive, perhaps even hyperactively aware reader, might think that we seem to have diverted somewhat from the more orthodox interpretations of Lewis Carroll’s Hunting of the Snark.

Nothing could be further from the truth. By scrolling down to earlier posts, you’ll note that we are still in the very bowels of the Barrister’s Dream of Fit the Sixth, and hence, we shall refer again to that classic work of Oneiric Americana, The Dream Book of Mister Pyridine, to parse out the subtle sophistries of this legalistic nightmare …

I think it’s pretty clear by now that we are dealing with an Englishman in the classic Foucaultian Author-Function sense of the word, and times two, if you please! Primo … we have an English poet, the Admirable Carroll, doing the honors behind the pen and secundo … we have the English Barrister’s dream, within which we wander like lost sheep waiting to be legally fleeced. 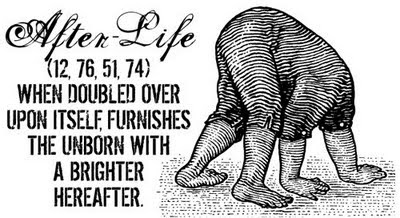 Of course, our poet is long dead and safely domiciled for all eternity in the Afterlife. Our Barrister might be said to be dead also (and everyone else appearing in his dream), for are not dreams, in all their obscure, unsettling infinity of meaning and duration, not harbingers of the Afterlife?

Food for thought, eh? And when you’re done chewing on all that, you can employ the lottery numbers we’ve provided above, just like Chinese fortune cookies, and purchase the very best dreams that money can buy! Check, please!

NB. Clients From Hell …
Lewis Carroll is reputed to have been a difficult author for illustrators to deal with (although he seems to have pushed them to do their better-then-best, which might give some of us modern-day ink-slingers pause for thought) … however, for any readers who are in the business of making people's eyeballs happy, I very heartily recommend Clients From Hell … and for those of you who have ever hired an artist or designer, why, you might find yourself commemorated on this digital Wall of Shame!
Posted by Mahendra Singh at 8:20 AM 6 comments:

Email ThisBlogThis!Share to TwitterShare to FacebookShare to Pinterest
Labels: Gibberish Typed out in Exactly 22 Minutes, Huzzah, The Dream Book of Mr Pyridine 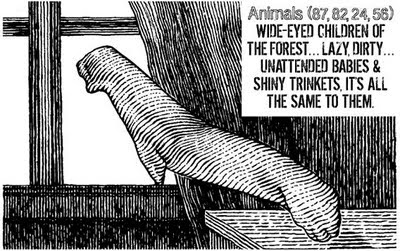