The Passion of the Snark 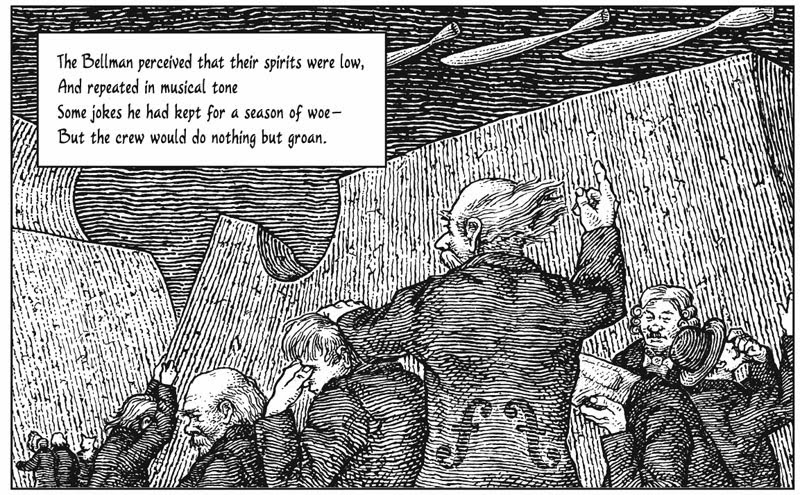 Jokes kept for a season of woe, an almost biblical undertaking on the part of the Bellman, whose storehouse of mirth has been sorely depleted by divers chasms and crags. But to this geologically disheartened hunter of the Snark, we say, in the finest demotic vulgate we can muster : lighten up, dude! Like, get a hobby!

But the Bellman knows it will never work out. From the vantage point of his solitary table in a dark corner, he sighs aloud and weeps a solitary English tear into his hemlock and branch water. He knows he’s the wisest man in the place, simply because he’s the only one aware of his own ignorance. That and the numbness creeping up his legs … and up his back …
Posted by Mahendra Singh at 8:26 AM No comments:

Eternal Sunshine of the Spotless Snark All the world’s a stage and all the men and women merely Snark hunters: they have their exits and their entrances; and one Bellman in his time plays many parts, his acts being eight Fits. We have arranged things so that our players shall now disembark into a romantic comedy of the sort calculated to warm the cockles of even a Boojum’s heart.


Things running unsmoothly … sounds like a good definition of Snark Hunting to me.

Posted by Mahendra Singh at 7:26 AM No comments:

God is dead but the Snark's doing OK NB. By habitually linking the words "Friedrich Nietzsche" with the word "Bonnet", I plan to create the seed of a semiotic oxymoron (triggered by some unusually google-gullible undergraduate searching for a quick copypasteprint) which should bring western civilization as we know it to its arthritic knees. Cue evil laughter here!

**Black Letters Unleashed: 300 Years of Enthused Writing in German, Ed. by Malcolm Green, Atlas Press, London, 1989. Not only does this excellent anthology contain brilliant comic gems such as Nietzche's above quote, it also has my late, dearly missed maternal aunt, Monica Tornow, rubbing literary shoulders with the the likes of Lichtenberg and von Sacher-Masoch. We move in exalted circles chez Snark … so watch it.
Posted by Mahendra Singh at 9:44 AM 2 comments:

In a world without words, the word for world is SNARK 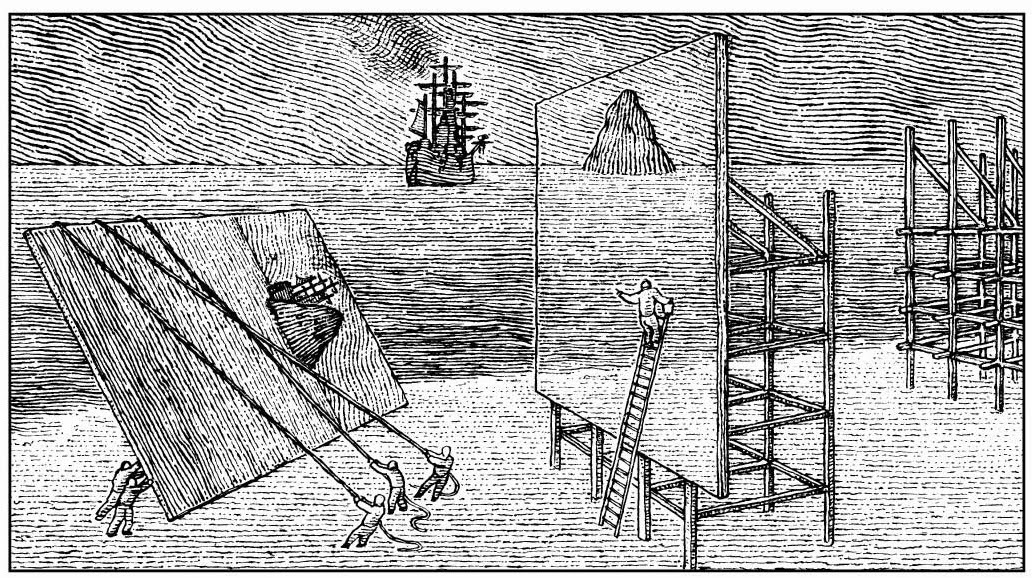 Posted by Mahendra Singh at 7:50 AM No comments:

It is a truth universally acknowledged, that a single man in possession of a good fortune, must be in want of a snark 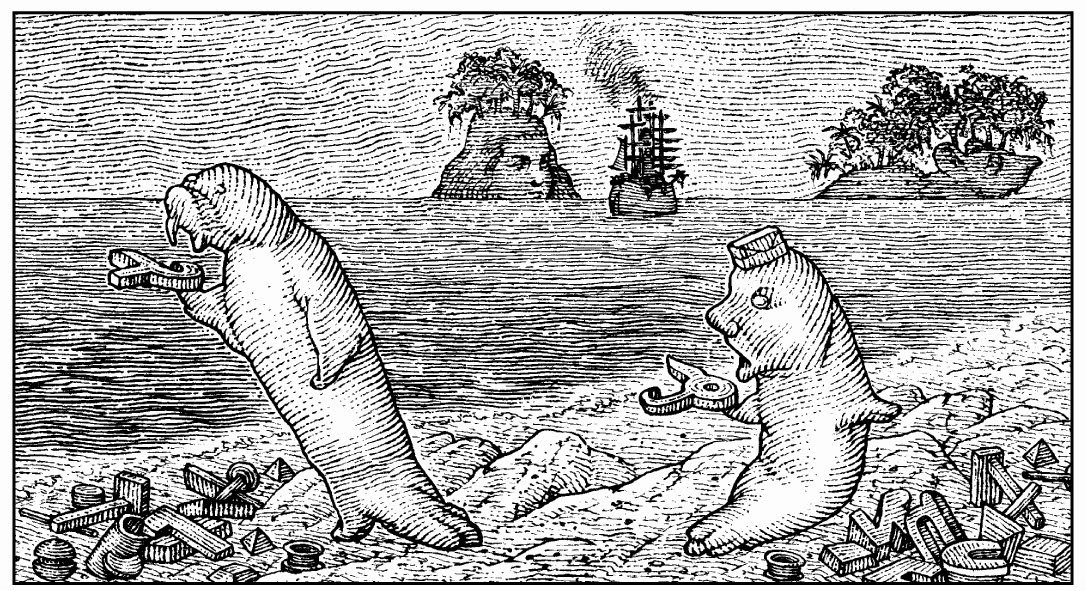 At this point in my Snark, I thought it best to go wordless for a few panels, to let the reader wallow in a blissful surfeit of lines, blobs and squiggles which simply mean themselves and nothing more. In short, I want you to have your wordless cake and eat it too!

So, enjoy these yummy bits of Sir John Tenniel, a juicy morsel of Dora Maar (with a succulent Alfred Jarry center) and all of it garnished with the abraded glyphs of Oysters à la Alberto Savinio!
Posted by Mahendra Singh at 7:24 AM 2 comments: